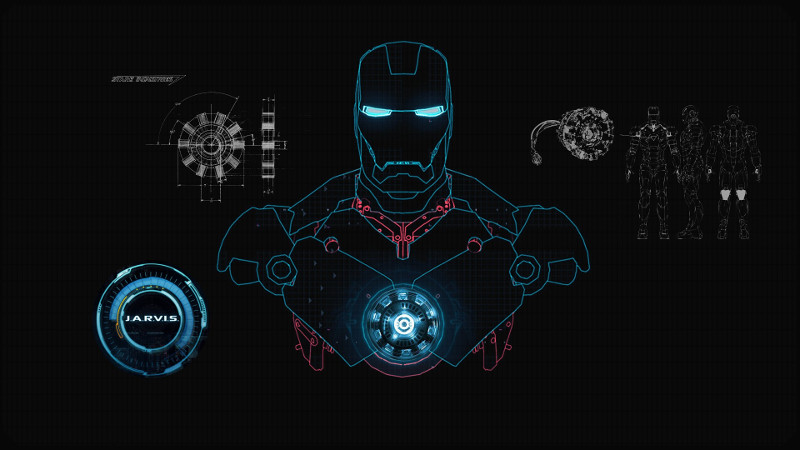 Almost a week ago, I attempted to create my own version of Iron Man’s J.A.R.V.I.S. which would perform a few tasks and have chatbot like abilities. After a bit of research I found out about AIML and its interpreter for python. I also found ways to convert text to speech and speech to to text using python libraries like pyttsx and SpeechRecognition. I soon ended up making a J.A.R.V.I.S. which understood some of the things I said and performed a few fun actions.

This should produce an audio output of “Hello World” in a slightly mechanical voice.

This should listen to an audio input once from the microphone. However this can produce a series of warnings and errors. Resolution for some errors can be found in the Troubleshooting section of this page.

AIML stands for Artificial Intelligence Markup Language. AIML is XML based markup language meant to create artificial intelligent application to create human interface. Using AIML, the implementation remains easy to program and highly maintainable. However, the development for AIML has become rather stagnant and AIML 1.0 (the one which has a python interpreter) has a documentation dating back to 2005, making it quite obsolete. Nevertheless, AIML is easy to learn and fun to use. At the very basic level, AIML recognizes patterns and gives responses as programmed. The patterns are called categories and responses are called templates. A very basic AIML code looks like this:

This small piece of code allows J.A.R.V.I.S. to reply with “Well, hello!” for every “HELLO” it gets as input.

Such a code can then be customised to give a random output from a list of templates, redirect to a already defined pattern, use a part or whole of the user’s input, run shell scripts etc. Out of all these running a shell script makes AIML, or atleast J.A.R.V.I.S. very powerful.

All one has to do to create a chatbot using AIML, is to make up a list of .aiml files containing categories like the one defined above and use the aiml library for python to import them into a kernel using a startup.xml file which looks like this:

This should allow one to load up all the aiml files present in the working directory to the created kernel. A simple python script to do is:

A good guide to get started with AIML using the python interpreter can be found here.

The system tag in AIML is a very powerful tag. It allows the script to run a shell command and use its output. A very simple example of this is:

Using the <system> tag one can achieve a lot of functionalities like opening applications, killing running processes, changing volume levels, adjusting brightness, changing wallpapers etc. And J.A.R.V.I.S. does quite a few of them.

Since it is easy enough to use shell commands through AIML. It is equally easy to use the shell to run python scripts and perform tasks using their output. A really fun example and perhaps the best feature of J.A.R.V.I.S. is the following.

With the following python script, to find the link for first result for a given query:

and this AIML file which opens the link provided by the above script in chromium-browser:

the following output can be achieved:

With this song opened in a new chromium-browser tab.
I have improved the above AIML code to produce this output:

The repository for J.A.R.V.I.S. lies here. Feel free to fork it and customise it. Create a PR if you feel you have an interesting feature that could be added.