The past week involved creating the new module for my exploration world and getting sarted with it.

What have I been up to?

The Lost module is the new gameplay module that I have created and would be working on for the next two months. I’m still working on writing some logs but the general idea for the lore is complete. In short the story is centered around an intergalactic explorer who while exploring the vast world of Terasology, gets stranded. The wormhole creator that allows him to travel through space becomes dysfunctional. Fornlorn with no way to return to his home planet, he starts exploring the planet, trying to survive on what may become the last planet he would ever set his foot on.

A key part of the new explorationn world would be a journal that links several things. The main purpose of the Journal would be to serve as a secondary memory for the player. I plan to use the Journal in several ways-

As of now the Journal has only been integrated with item pick up events and an initial on-spawn event that sends the first journal entry. 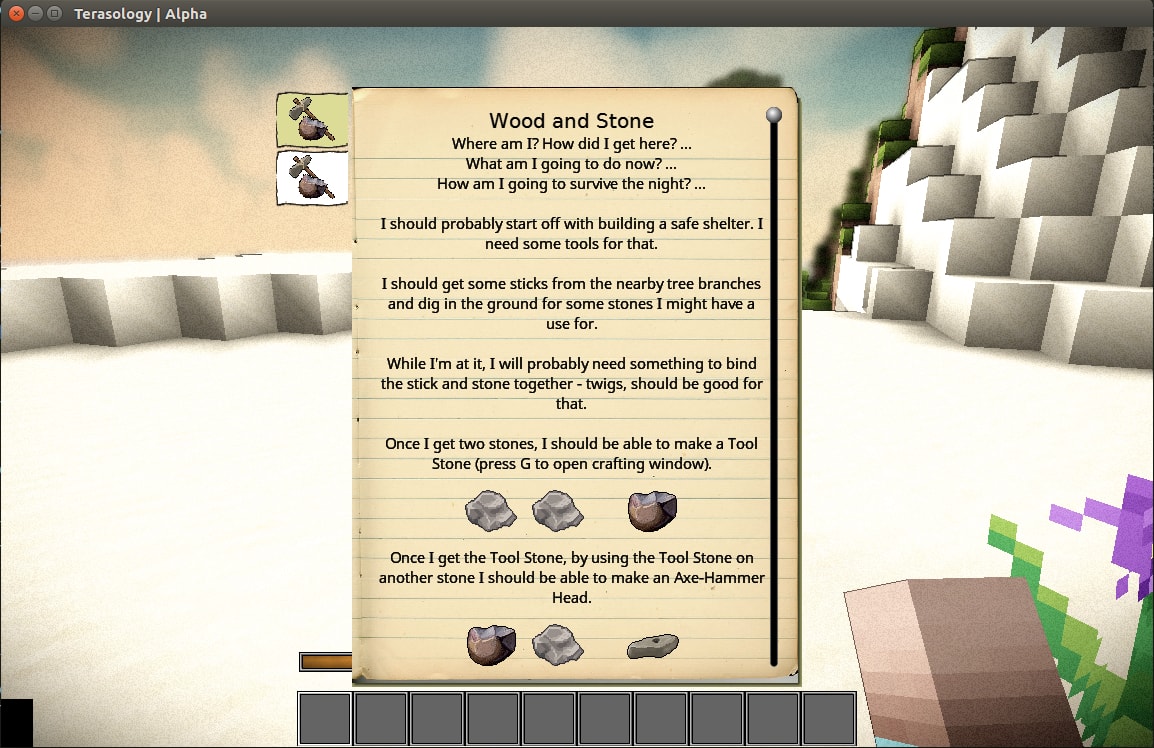 It has a left panel for different chapters and each chapter has its own entries. This handles categorisation pretty well, making it easier for the user to access specific entries and saving a long scroll.

I’ve added another enhancement which now makes the Journal more interactive. Earlier there was just a notification that would pop up when a new Journal Entry was added. However, it wouldn’t be highlighted in any way in the Journal. With the latest PR merged, now the unread Journal entries appear highlightedin yellow, until the chapter they belong to gets opened once. 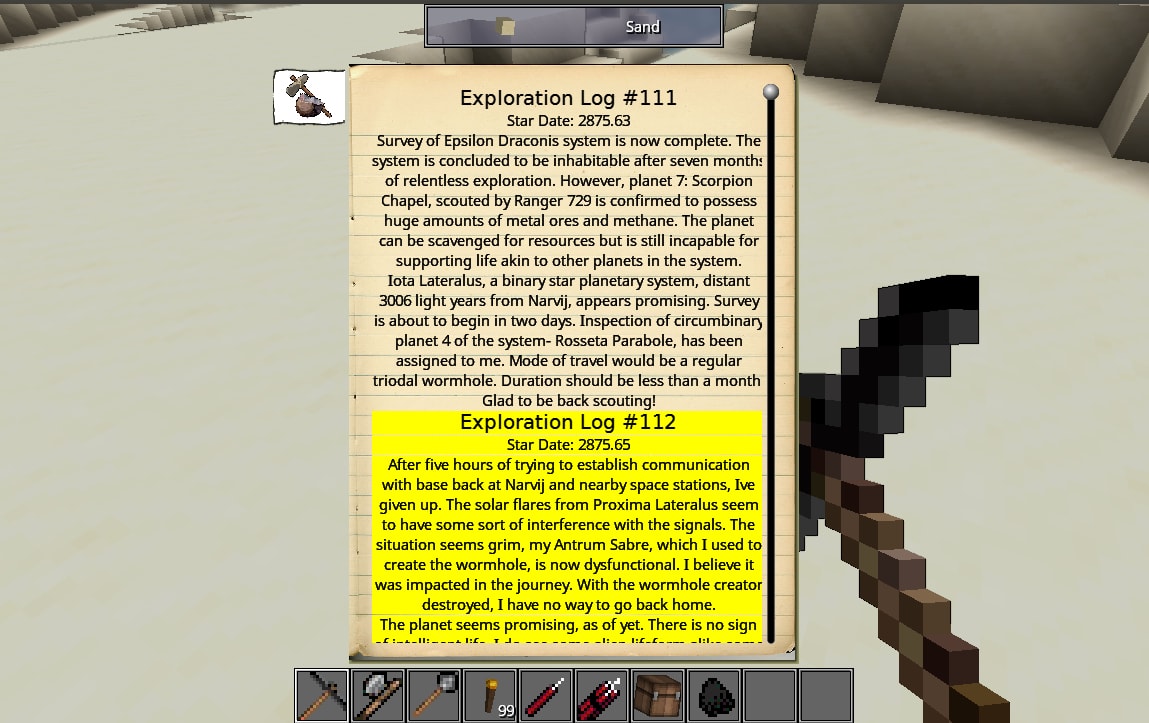 This was what I dealt with for the larger part of last week.

Saving the player entity from destruction

All existing systems relied on the player entity to be totally destroyed (and stripped of all components) when the player dies in game. This however wasn’t a nice approach, as the player entity carried a lot of data that potentially could be preserved or dealt with a better way even on death.

I felt this problem for the first time when I realised that my player would lose all it’s journal entries on death. However there are many other cases which require the player entity and it’s components to not be totally destroyed.

A character lives. It has the AliveComponent. It dies. A BeforeDestroyEvent handler receives all entities having AliveCharacterComponent

Next week would see more work on the exploration module. I need to experiment with Structural Templates and see what’s the best way to spawn structures in different places.