The Revival Stone created last week has been polished and is now renamed as the Altar Of Resurrection. All the existing traps and adventure items- Swinging Blade, Wipe Out, Fireball Launcher, Altar of Resurrection and Password Door have been made multiplayer ready.

With most of the work been done last week, this week simply saw a finishing touch and some other minor additions.

Instead of sending a chat message to describe the state of the Altar of Resurrection, a better idea was to have a floating text that appears when the angel statue is targeted. The floating text now looks like- 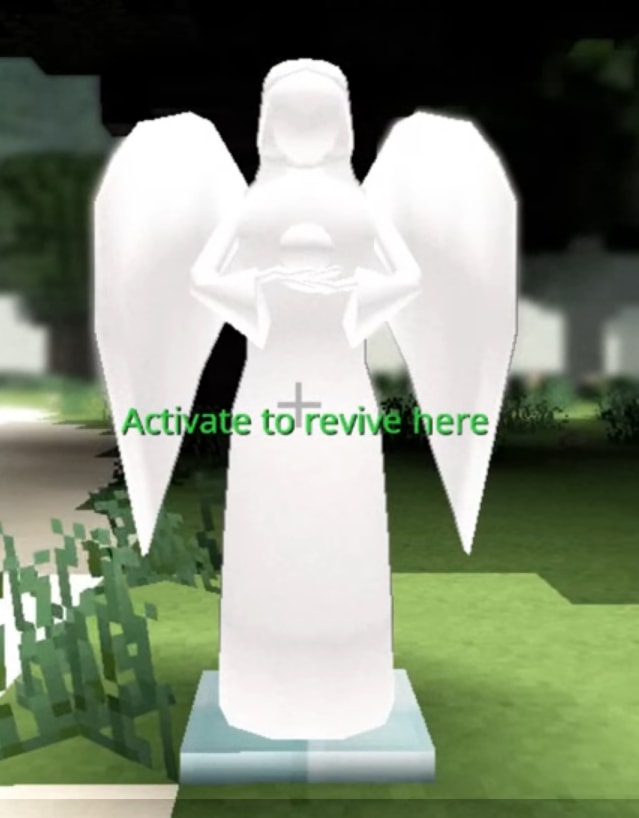 The blue opaque Particle Effects have been switched to transparent orange ones, that match with the theme of the angel. The orange color goes along with the color of the orb. 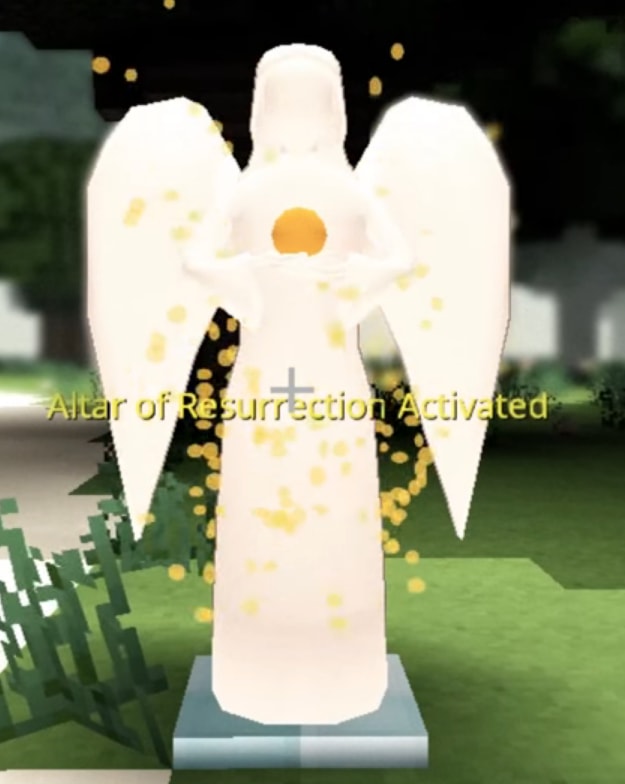 After all this, the final Alar of Resurrection looks like this-

A large amount of last week went into making the already created traps functional in multiplayer. Here is a brief collection of the issues I faced and how I solved them. Please read through the wiki page for Entities, Components and Events on the Network if you already haven’t.

Entities on the network

An entity on the network (one that has a Network Component) exists both on the server and the client. This poses a problem if you are depending on a component addition/activation event to perform an activity. For eg- For the wipe out trap, the mesh for the model was to be created only on the client side. This was supposed to happen on the OnActivatedComponent event for the components = {WipeOutComponent, BlockComponent} which would trigger when the WipeOutRoot block is placed in the world. However, this event gets triggered twice, on the Client System once for the server entity and once for the client side entity. This creates two meshes- one that stays stationary and the other that rotates as expected. Note that the Authority/Server system only has the event handled once since it gets triggered only for the server entity.

Saving Component of an Entity

Before going into the specifics of the issue I faced, let’s discuss how the @Replicate annotation works.

Straight from the wiki-

How does the chest work?

All these issues I faced, made me wonder how the chest entity works. The chest opens an Inventory screen on interaction. It has an InventoryComponent and any change made by one client is reflected on any other client.

Note: Making a change to the client side entity can be done to register the change on the associated server entity. But this requires the entity to be owned by the player and the FieldReplicateType to be set to OWNER_TO_SERVER_TO_CLIENT.

Citing from code-
InventoryClientSystem sends an event on the local player’s client entity here.
InventoryAuthoritySystem receives the event and does its thing here.

Note that some of my approaches might be incorrect. I’m not a hundred percent sure about whether the above is the right way to deal with the issues. However, having had a glance at how the Inventory stuff is handled for the chest entity, I’m more or less convinced that it is the right way.

Maybe a few more traps like a pressure plate and some more triggers like buttons and levers. The major part that’s really left is to integrate all of what’s made into a world and package it into the Lost module with the supporting Lore.